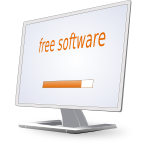 No restrictive software to remove;

Get a Linux computer: no need to remove (and pay for) all the software you can’t trust! The following vendors sell machines preinstalled with free software that works for you. This is a hand-picked list with a focus on quality and simplicity.

A vendor known for its sleek laptops and a self-developed line of desktops, all coming preinstalled with Ubuntu or with an in-house derivative called Pop!_OS.

Ships to selected countries from the US

A unique company selling top-of-range laptops with hardware and software selected specifically to guarantee user privacy and liberties. They have also developed a Linux smartphone.

Ships worldwide from the US

A smaller vendor that also stands out for its dedication to software freedom; it supports a variety of GNU/Linux distributions on a few desktops and a laptop.

Ships worldwide from the US

None of the links on this page are commercial. This is a hand-picked, subjective, opinionated but disinterested list. I am always happy to hear about vendors, and to add new quality links — don’t hesitate to get in touch with me (my name is Olivier). Please note that I do not work with coupons, link exchanges, or referrals. Thank you.